It is acute flaccid myelitis and so far, it has not been possible to determine what causes it, but it is known that its symptoms include sudden and, in many cases, irreversible paralysis. A new study throws new clues about its possible causes. 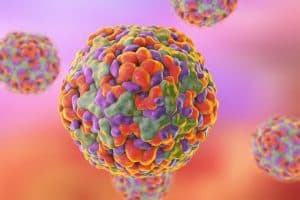 Scientists may have identified the cause of the mysterious polio-like disease that has had a worrying rebound in recent years. In a new study published in Nature Medicine in the last week of October 2019, it is determined that a virus is responsible for triggering it, which is consistent with other preliminary investigations.

The disease, known as acute flaccid myelitis, affects children aged 2 to 8 years and begins with fever and respiratory symptoms, but three to ten days later, sudden symptoms of paralysis appear, hence it is known as “polio of our time.”

While still it’s a rarity, the increase in the number of cases seen in the US recently has caused alarm in the medical community that had failed to find an exact cause so far. Of 35 cases in 2017, the number increased to 201 diagnoses in 2018. Till the moment, a total of almost 600 cases have been counted since the most important health centers of the country began registering them in 2014.

Using a tool called VirScan, scientists managed to examine the spinal fluid of patients to determine if there was an immune response to a specific virus. They found it: they detected the presence of strains of enterovirus D68 and A71 in 70% of the 42 patients who participated in the test.

The VirScan is an improved and customized version in the virus search, which was first developed at the Harvard Medical School in the laboratory of Stephen J. Elledge.

Scientists point out that when there is an infection in the spinal cord, the antibody-producing immune cells travel there and produce more antibodies. They believe that finding antibodies against enteroviruses in the cerebrospinal fluid of patients with MFA means that the virus actually goes to the spinal cord.

The researchers created molecular libraries consisting of almost 500,000 small pieces of each protein found in the more than 3,000 viruses known to infect vertebrates (including humans), as well as those that infect mosquitoes and ticks, in an effort to rule out the transmission of diseases through their bites.

They then exposed these molecular libraries to the cerebrospinal fluid obtained from 42 children with MFA and, as a control, 58 who were diagnosed with other neurological diseases. Any fragment of viral protein that cross-reacts with any antibody present in the cerebrospinal fluid would provide evidence of a viral infection in the central nervous system. 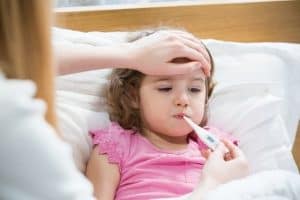 How Does This Disease Begin?

Enteroviruses usually cause symptoms similar to those of the common cold, such as fever, nasal congestion, and body aches. What is not known is why some people – especially children – develop paralysis.

Professionals are looking for answers to know why a few develop this terrible result, although there may be a genetic predisposition. They also want to understand why there is a kind of pediatric epidemic, which has increased in the last year which usually increases between summer and autumn.

What is Acute Flaccid Myelitis?

The research centers and experts describe this disease as an uncommon but severe condition that affects the central nervous system, specifically the area of the spinal cord, which causes the nerves and muscles of the body to weaken.

What Symptoms Should I Watch for?

This disease usually causes weakness and loss of tone and muscle reflex in the arms and legs, sagging or weakness in the face, difficulty moving the eyes, droopy eyelids, difficulty swallowing or difficulty speaking or pronouncing words. The most severe symptom of AFM is respiratory distress, which occurs when the muscles involved in breathing weaken.

How is It Diagnosed?

The doctor evaluates the patient’s central nervous system and can perform an MRI to look at the spinal cord. Spinal fluid tests are also done. Sometimes it is difficult to find the diagnosis because the symptoms are similar to those of other neurological conditions such as Guillain Barre Syndrome.

Does it Have a Cure?

There is no specific treatment and usually, the disease should run its course, as with viruses, but different procedures can be performed to help the patient depending on the case. Occupational therapy can mitigate weakness in arms and legs.

Experts explain that some children can return to normal and others will have long-term sequelae and although they can limit them in movements, the disease does not affect the mental faculties, i. e., the brain remains intact, so the child’s cognitive ability does not look affected. It is just something motor. 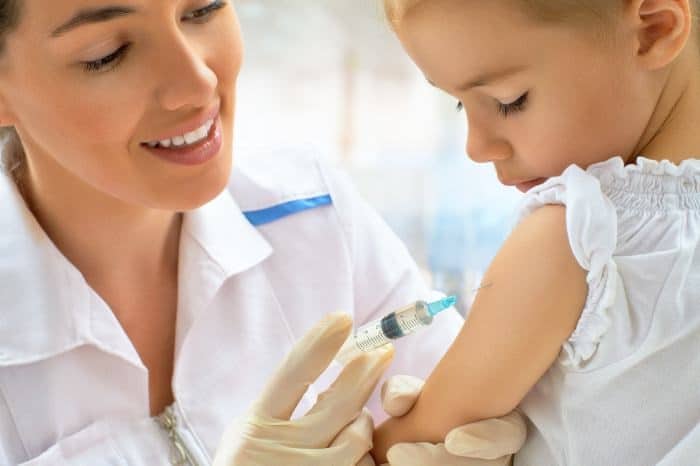 The American Myelitis Association advises that you begin with occupational and physical therapy as soon as possible, to promote recovery.

Although some children may regain limb mobility over time, the physical and emotional effects of MFA will be with the patient for the rest of their life. A new study is now expected to lead to a scientific consensus on enteroviruses as the cause of MFA since this is a key step on the road to better diagnoses and the development of a vaccine for the disease.

How To Protect Children?

Health authorities recommend following the usual steps to prevent disease and stay healthy: keep up with vaccinations, wash the hands frequently, cover the mouth when you sneeze or cough, or stay at home when you feel sick. Since the poliovirus can cause this disease, it is important that the vaccine is received.

Another useful measure is to avoid mosquito bites since it is believed that West Nile Virus can also induce it and is transmitted by these insects.

Experts declare that public health education is essential, but not enough to prevent this infection. The virus is too common to avoid it. They are aware that a vaccine is the only way to avoid the disease significantly.

How to maintain Good Posture when carrying out your various Daily...

AdiWilliams -
Good posture is also known as a neutral spine, which means the muscles that surround your spine are balanced and support your body equally....

CBD and THC: What you need to know

AdiWilliams -
Recent medical studies show that Cannabidiol (CBD) is a natural medicine for several health problems, most notable of which may be Cancer. While there...

AdiWilliams -
Did you know? Nearly 422 million people worldwide have diabetes, hence among the leading causes of death globally. To be specific, the prevalence of...
We want to use cookies to ensure that we give you the best experience on our website. Click "OK" if you are ok with it.OkNoPrivacy policy
You can revoke your consent any time using the Revoke consent button.Revoke cookies