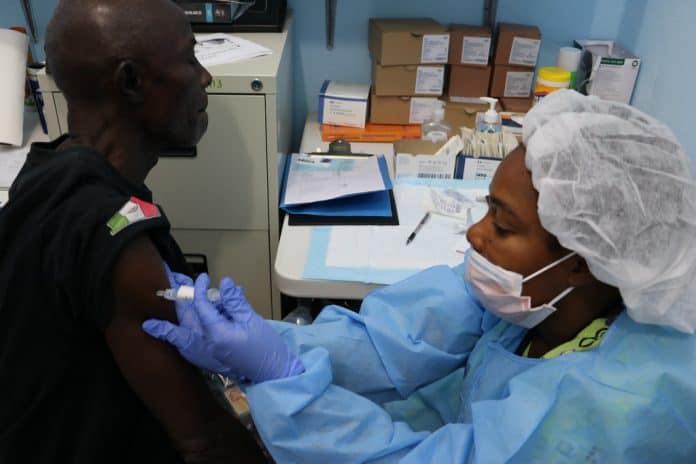 The world was shocked by the recent outbreak of Ebola. A disease thought to have been eradicated after its initial outbreak in 1975. Ebola once again was responsible for 2.150 deaths from its most recent outbreak back in August of 2018. The WHO just released reports of an additional 50 diagnoses from September the 25th to October the 15th, leaving the world and healthcare officials deeply concerned. 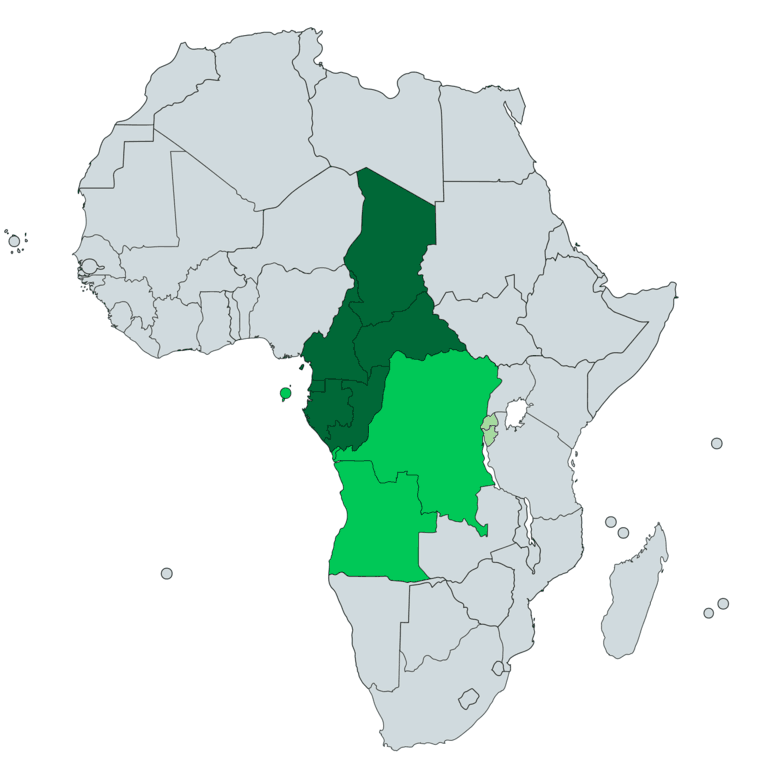 Since its reappearance in 2014 in Central Africa, the disease began to spread rapidly, taking the world by storm. Though it was mostly around its birthplace of Central Africa, the lack of a cure or a strategic method to combat it caused a frenzy of news. The disease spreads at a rapid rate and is not always recognized in the beginning, adding tensions to medical organizations set out to combat the disease. The reason behind its rapid spread is the endurance of the virus. It is able to live on in the body even after those infected recovers from the initial stages. Transmission is through direct contact between individuals with blood or bodily fluids. Without a proper vaccine or cure, this was putting healthcare professionals at risk, especially when attempting to treat a patient with the disease. If that were not the frightening part about the virus, the incubation period is also a cause for concern, as it takes time for an infected individual to show signs and symptoms of the virus.

This could be detrimental for healthcare workers who might not be aware of a patient’s infection, leading to further complications and a wider spread presence of the virus. A recent light was shed on the feared virus, one that could lead to its control and eradication in the very near future. After years of attempted developments, the World Health Organization (WHO) has announced, in collaboration with the European Medicines Agency (EMA), the authorization for the first vaccine. This comes after years of failed attempts in developing a vaccine that could safely and effectively protect people from infection. WHO officials were ecstatic, with WHO Director-General stating: “My deepest gratitude is to the studies’ volunteers, researchers, health workers in Guinea, other countries and the Democratic Republic of the Congo who have put themselves at risk to ensure people are protected with this vaccine.”

The trials for the vaccine began just after the rebirth of the virus in 2015 with a rocky start, as funding and support were at a low. Once a small team of supporters across the globe was put in place, researchers turned to methods used in the past to eradicate another epidemic earlier in history, smallpox. The same ring design used in the development of the vaccine for smallpox was used in the development of the Ebola vaccine or better known as VSV-ZEBOV-GP. 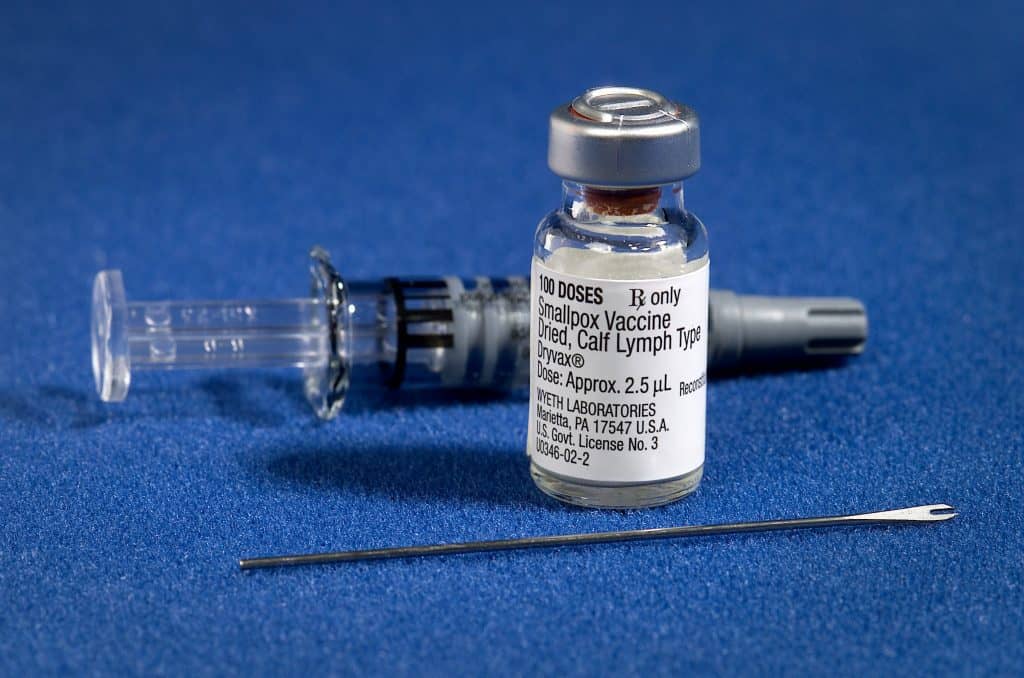 However, it is not the end, and could not have come at a better time, especially with healthcare professionals predicting that there will be a higher demand for the vaccine as more and more outbreaks are seen around the world. As of date, there are a total of 8 vaccinations; researchers are developing and hard at work to combat all different versions of the virus. The majority of these have been given for the purpose of ‘research’ in the state of emergency, with many of the frontline caregivers in several African regions receiving a vaccine due to their higher risk of infection. There are a total of 236,000 vaccines given as of now, with 60,000 of those given to the healthcare providers that are in the middle of the infected zone, risking their lives to tame the spread and put the disease back in the vault where it came from.

What to expect for the future

As far as the future of the disease, only time can tell. Its tricky diagnosis and rapid spread have caused quite a stir and left healthcare professionals only guessing about what can and will happen in the very near future. Experts have predicted that the virus is set to spread, and at a rapid rate as well. Though there is no true way to measure its effects or its ability to spread, there have been statistics released that are cause for concern. For several years there have been tests on several different experimental drugs that have shown amazing results and given hope for its future eradication. These, however, may take some time before they’re ever given to the masses, as these types of vaccines must go through rigorous testing, approvals, and trials before ever been given to the public.

It seems like something out of a horror film, you know, the ones where a disease eventually breaks out, leaving those that are healthily confined to a safe zone while the disease continues to spread. When looking at the borders between the Congo, Rwanda, and Sudan, all of those that cross go through a small screening to check for fever, the first sign of the disease. This also happens at some airports, as an attempt to contain the disease and stop its spread. This seems to be working, as there have only been four total cases outside of the Democratic Republic of Congo that has been confirmed.

At this moment, there is not much that can be done by the public, leaving us tied to sit back and wait. There are and continue to be several volunteer opportunities; however, they come with a large risk. This recent approval and recognition of the first effective vaccine is a cause for celebration and should bring hope to all those that have been or could be affected by the disease. It can be comforting to know that there are measures being taken to stop the disease in its tracks and contain it along with other historically deathly outbreaks but, it comes at the cost of thousands of lives lost and counting. Those of us in the comforts of our borders should be thankful and now can possibly live a little less on edge. We will just have to wait and see.

AdiWilliams - 16 March, 2021
In recent years, many people have desired to achieve greatness and move to the upper chain in life, while this might seem hard and...

AdiWilliams - 11 December, 2019
Neuropathy is a prevalent condition; in fact, around 20 million people in America as in 115 Americans have neuropathy in the form of Alzheimer's...

AdiWilliams - 6 December, 2019
There are no two ways about the fact that good dietary habits are the foundation for glowing and glamorous skin. And in case you...

AdiWilliams - 4 March, 2021
Business and commercial organizations have suffered due to the effect and impact of the Covid -19 virus. A few months ago, countries locked down...

AdiWilliams - 9 December, 2019
Sleep is so mysterious. An area of study for several years, with scientists searching for the benefits. In more recent studies, scientists decided to...

AdiWilliams - 5 December, 2019
A new study showed that ADHD might be on the rise in the United States. They are showing a positive increase over the last...

AdiWilliams - 10 May, 2020
It is no more news that the COVID-19 virus has spread across all nations and territories, and the question in everyone’s mind is how...
We want to use cookies to ensure that we give you the best experience on our website. Click "OK" if you are ok with it.OkNoPrivacy policy
You can revoke your consent any time using the Revoke consent button.Revoke cookies