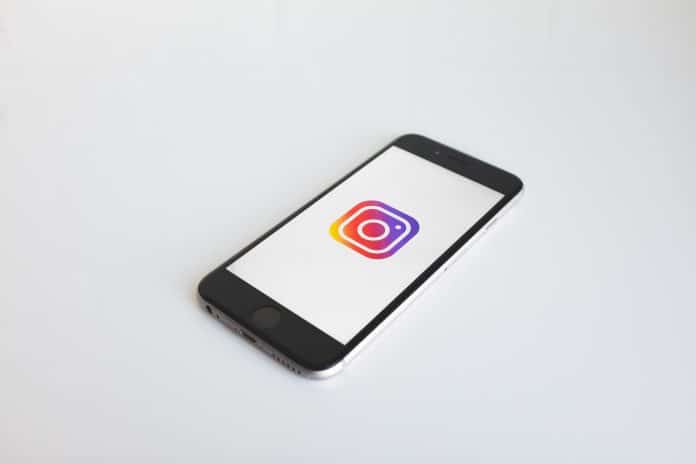 Instagram, the social network most used by young people today, announced that it has decided to take measures that prohibit content that relates to suicide and self-injury. In this case, we talk about explicit images or videos that relate to this topic since these contents have been influenced by a young British girl who suffered from depression, which led her to commit suicide. 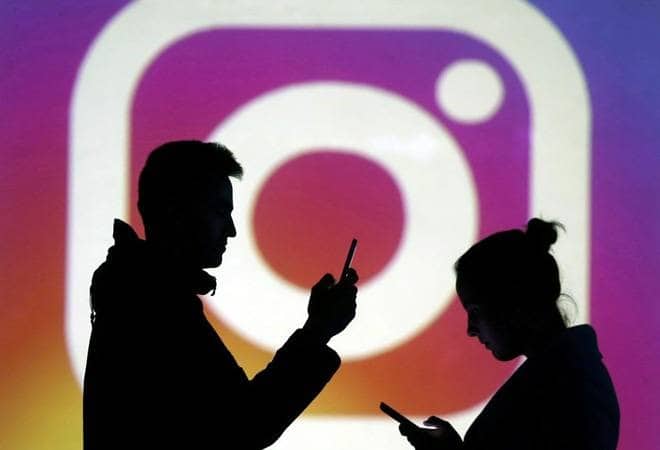 Instagram implemented on Monday, October 28, 2019, new measures that add to its prohibition of making publications that can promote suicide or self-harm, with the elimination of illustrations and other fictional content alluding to the subject.

The network where images and videos are shared had already announced a series of rules some months ago to limit the dissemination of these contents, after a 14-year-old British teenager, the user of the social media committed suicide after reading content about this topic.

“The leading figure behind Instagram, Adam Mosseri, said in his statement that they would not allow any content like movies, memes, or comics that are explicit and represent suicide. He also mentioned the elimination of all content that is not graphic but shows associated methods.”

Instagram has never allowed posts that promote or encourage suicide or self-harm. But with the change of rules earlier this year, the Facebook-owned network began to eliminate non-graphic content related to people who self-inflict wounds from their searches and recommendations. It also banned hashtags related to the topic.

The measures were intended to make such images more difficult to find for depressed adolescents who could have suicidal tendencies. British teenager Molly Russell took her own life in her room in 2017. Her social media history revealed that she was following accounts or users dealing with depression and suicide.

The case provoked an intense debate in the United Kingdom about parental control and state regulation of the use of social networks by children. According to Mosseri, people who perform searches related to self-harm on Instagram will receive online resources or local hotlines, such as the national suicide prevention hotline in the United States.

Mosseri also said he is aware of the influence that social networks can cause in young people, which can lead them to commit negative acts on themselves. It is known that the risk exists, for this reason, more than 834,000 publications related to such content were redirected. 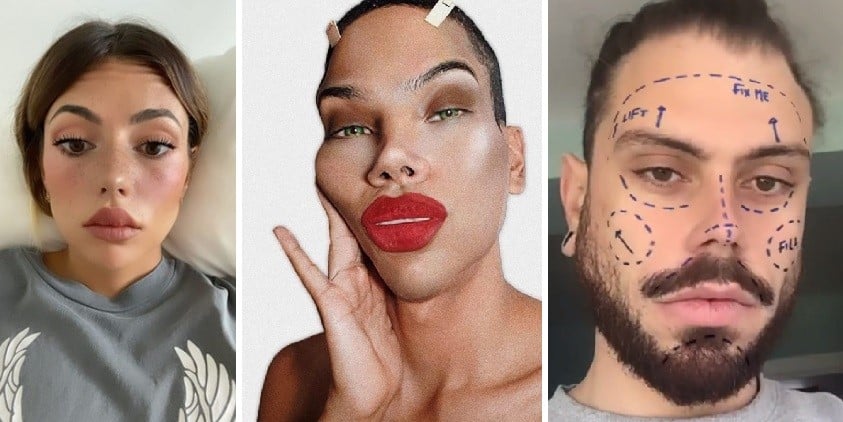 Instagram is taking serious measures so that young people suffer the least possible negative influence. That is why, apart from the prohibition of all suicidal content, this social media also announced that it would eliminate all augmented reality filters that promote cosmetic surgery. That way, the distortion of personality in young people is avoided and avoid any mental health problems in this area.

Among the forbidden, there will be the effects that make people look as if they had put injections in the lips, stuffed in the cheekbones, or had a facelift since studies suggest that filters that change the face can make people feel worse because of their appearance. For this reason, Instagram said these measures would be to improve the well-being of young people.

Other studies suggest that excessive use of social networks can cause feelings of depression in young people as it opens a door for those who have low self-esteem to see even more negative defects in their bodies.

A couple of months ago, Instagram gave the possibility to update the app allowing its users to provide virtual effects resulting in an operated face on images or videos

These effects mimicked the results of plastic surgery but with extreme changes, changing the face of the person completely. In this way, what for many was a simple game, for others was a trauma since you could see how a surgeon marked the face of the person showing the possible ‘facial errors’ that had to be ‘fixed.’

Many users of this platform, felt relieved and grateful for the announcement. While the removal of these filters may take some time, the measures are already taken due to the frequent complaints that the platform received.

But what is the word of the experts on all this ‘bad influence’? Experts now pay special attention to social networks, especially on Instagram, for their ‘perfection’ content producing a bad influence on young people.

According to a survey among young girls between 14 and 24 years old by the Royal Public Health Society of the United Kingdom the last month, it was revealed that Instagram negatively affects their mental health and well-being. In these surveys, aspects such as the feeling of loneliness, body image, depression, anxiety, and emotional ties were taken into account.

The specialists and drivers of the report point out that this platform influences young girls to always compare themselves with unrealistic photos and videos, which are generally edited and show a reality that is not but that vulnerable young women believe.

One of the interviewees said that this application shows photographs that make girls feel that their bodies are imperfect, which is why they lead them to create eating disorders, depression, and resort to constant aesthetic surgeries.

After knowing the conclusions, those in charge of the report called for social networks to take measures to combat feelings of anxiety and insufficiency in users, through warnings that indicate that the photographs have been retouched.

The Pressure of Not Being Perfect 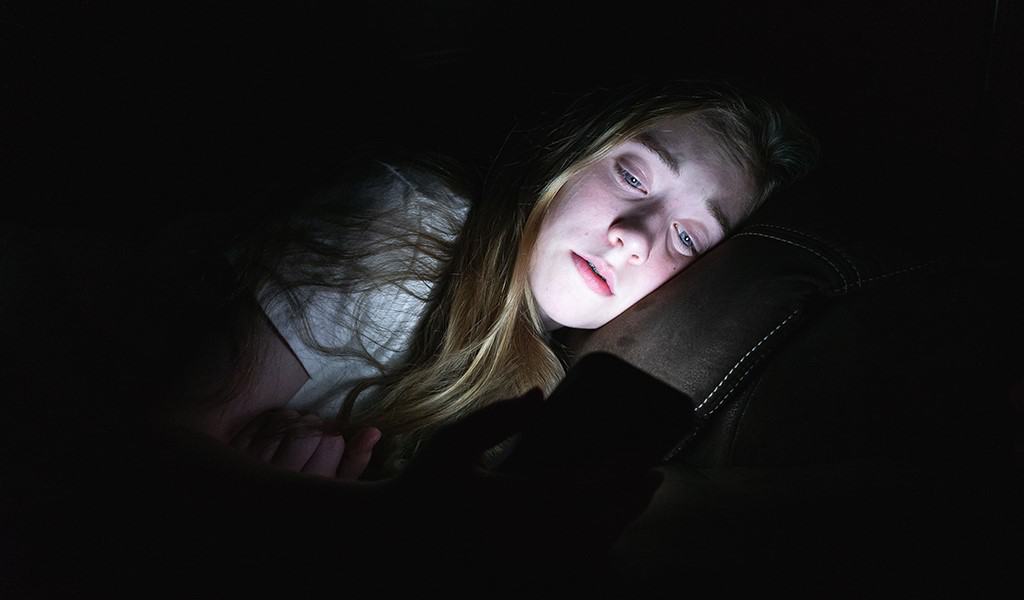 The model Alexis Ren has about 13 million followers on her Instagram account since her beauty and life, in general, is used as an influence. Despite this, she revealed that she suffered from eating disorders, and her health problem worsened with the use of the social network, where she felt the pressure of showing herself perfect all the time. In an interview, the model admitted that she compared herself to other people, and that created her anxiety and hatred of herself.

Constant exposure to images of people who seem ‘perfect’ unconsciously leads to comparison. When a teenager looks in the mirror and is not as ‘good’ like Instagram, people are, their self-esteem is affected. What does not usually appear is what is behind. According to ‘#StatusOfMind,’ 90% of teenage girls do not like their bodies, and 70% of young people between 18 and 24 years old would undergo cosmetic surgery.

AdiWilliams -
Did you know that breakfast contributes more to weight trimming compared to lunch and evening meals? Okay, if no, then I thought you should...

AdiWilliams -
Type 2 diabetes is much more than overeating sugar. It is a complicated disease. However, preventing this condition from escalating can be simple. A...

AdiWilliams -
Your health should be the priority to achieving a long and exciting life. Indeed, everyone desires to live a good and healthy life devoid...
We want to use cookies to ensure that we give you the best experience on our website. Click "OK" if you are ok with it.OkNoPrivacy policy
You can revoke your consent any time using the Revoke consent button.Revoke cookies